Harold Carey, 67, smokes after being looked at by fire fighters at the scene of a car accident on Charles Street between Cedar and Elm Streets Wednesday in Grand Island. According to police, Carey was driving westbound on Charles when he reached for some items in his 1997 Cadillac El Dorado, causing his attention to be diverted long enough that his vehicle hit a parked 2005 Toyota RAV4, pushing it on top of a 1997 Honda Accord. The report said that Carey was not wearing a seat belt and that he reported he might have blacked out briefly after the accident. As a result, Carey was transported to the hospital, where it was reported that he was treated and released. (Independent/Matt Dixon) 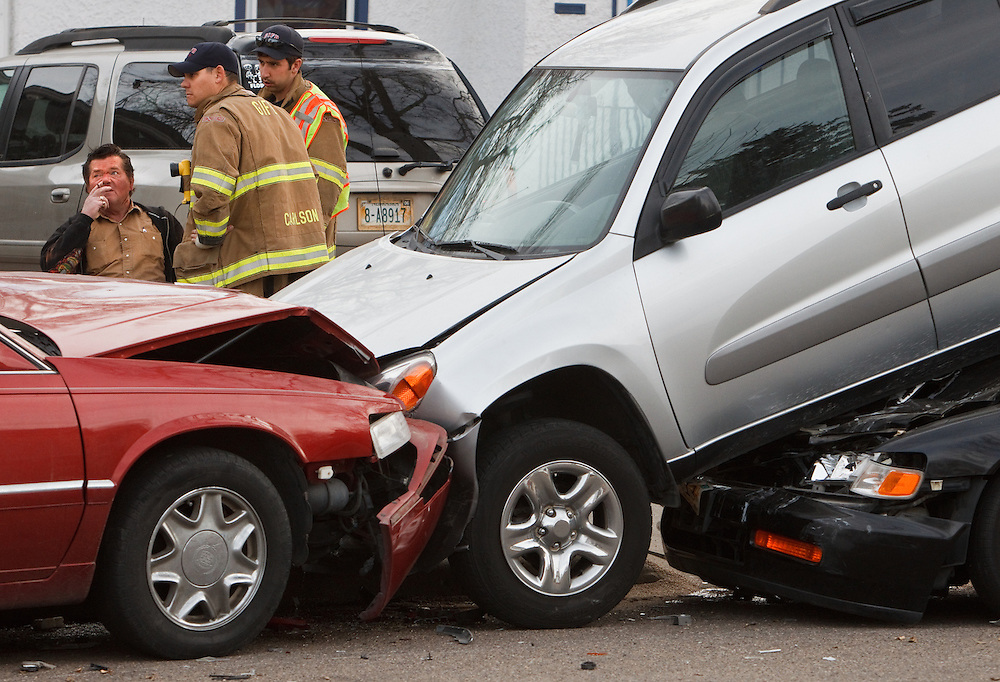