Elkhorn's Connor Fowler holds his championship medal between his teeth while his teammate Logan Davis, No. 20, places a good luck charm, a fake banana, on their Class B state title trophy after defeating Omaha Skutt at Werner Park on Friday, May 20, 2016, in Papillion. Elkhorn defeated Omaha Skutt 4-3 in eight innings. During the season the team decided to use the fruit not as a snack but as a good luck charm. They later switched to the more durable, fake, produce. 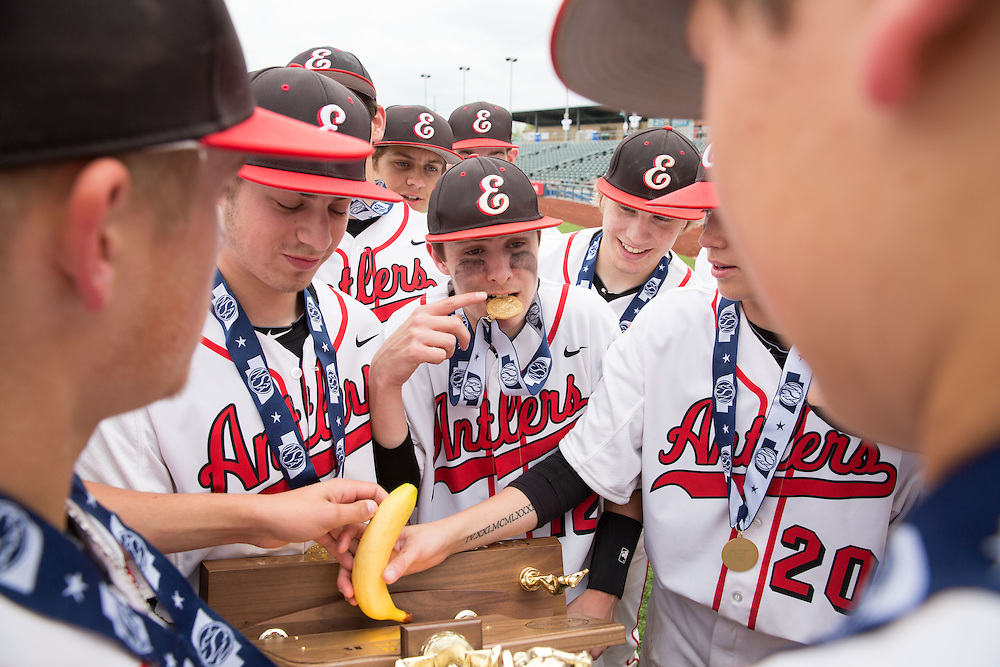